We as a family have paid the ultimate price for the lack of training, ignorance and complacency.

Our brother Paul was born in 1955 and had an unfortunate start in life because he was born with the umbilical cord around his neck, which starved his brain of oxygen leaving him severely mentally disabled.

From the age of nine he required 24 hour care and our parents were unable to meet his needs. In those days there was no community support and so Paul was admitted to Hensol Hospital near Cardiff where he stayed for 36 years. Paul was a fun loving character who had a constant smile and enjoyed the very small things in life that most of us take for granted.

Due to Paul’s mental disability he developed a lazy bowel which caused many problems and the need to visit his local medical centre and hospital on quite a regular basis. During these visits we had to explain to every medical person the degree of his disability and communicate for him. We always felt that there was an element of fear from them as they were dealing with the unknown.

Paul was admitted to hospital on 31st December 2008 with a perforated bowel which required emergency major surgery. On completion of the operation Paul spent 21 days in intensive care where he was heavily sedated. 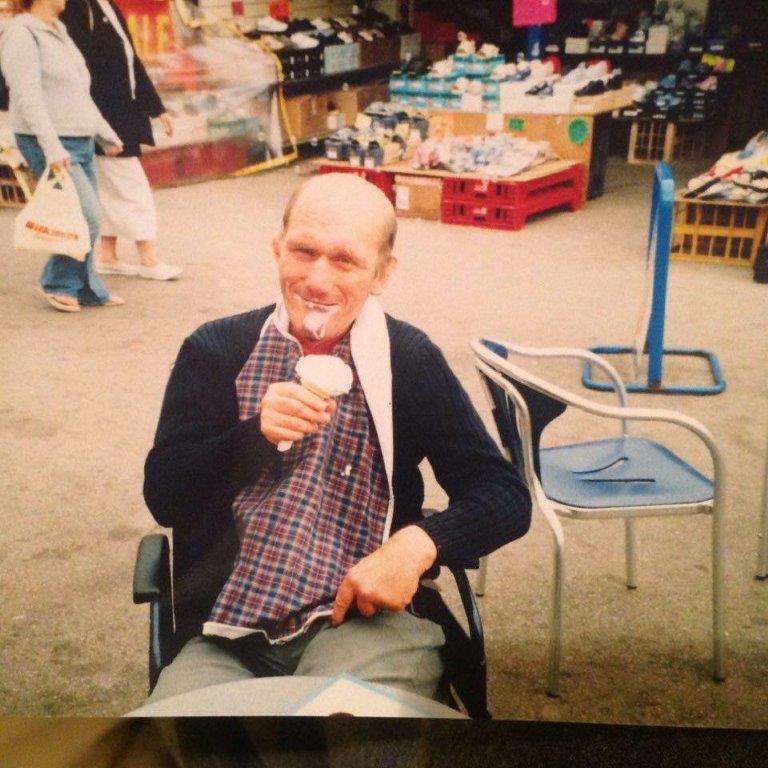 Problems started when the sedation was reduced and he was prematurely put on to a general ward. The change of care in a couple of hours could only be described as going from 5 stars to 1 star. During his time on the general ward there were many mishaps including loss of notes on arrival, lateness of critical medication, development of bed sores, long periods with no observations taken and the lack of identifying clear signs of deterioration.

In the latter hours of Paul’s life he was very clammy and despite medical staff being constantly informed of this and Paul showing signs of severe deterioration, it was ignored and put down to “agitation”. The medical staff did not take Paul’s mental disabilities into account or listen to his family and carers concerns and observations. This subsequently led to his death.

Paul died on the 23rd January 2009 and we were devastated at losing him. We knew there were so many questions to be answered concerning the last three days of Paul’s life. We sent a list of 23 questions regarding Paul’s care to the coroner, and a letter of complaint to the chief executive of Abertawe Bro Morgannwg University Health Board (now Swansea Bay University Health Board).

A POVA was instigated, during which time it took us 9 months to gain copies of Paul’s medical notes, these had gone missing and were later found in a nurse’s drawer.

A POVA meeting took place in January 2010 a year after Paul had died, our complaint was upheld, but we strongly felt that we were misled by medical staff, we were told that a statement on how often Paul was to be suctioned was an observation on how often nurses were doing it, not an instruction on how often it was to be done. Paul died from excess secretions in his upper airways, the very thing suction was meant to prevent.

We weren’t satisfied with the answers we were given , we felt the health service just wanted us not to ask any more questions and go away, this was daunting. Our case then went to Public enquiry but was too complex for them so we were referred to the Ombudsman. 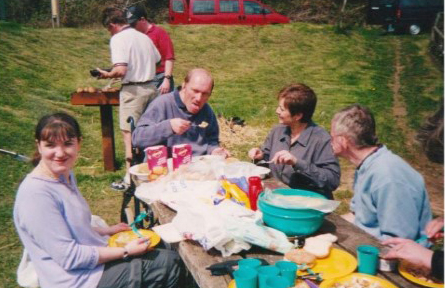 We were so grateful that the ombudsman took us seriously and listened to us.
He upheld most of our complaint and said…

“Paul wasn’t properly observed when he was on the ward and he didn’t receive the treatment he needed to allow him to stay alive. We can’t be certain what the outcome would have been because he was very ill, we can say the care he received actually contributed to his death. It is clear that the individual needs of Paul were not addressed and the fact that Paul had physical and mental disabilities was not taken into account with this in mind. The care did not meet the provision of the Disability Discrimination Act; it greatly concerns me that the dire level of care that Paul was subjected to on the ward could happen in the 21st Century”

The Ombudsman recommended that Swansea Bay University Health Board drew up a comprehensive programme of learning disability awareness training for key nursing and clinical staff, which must include appropriate recognition of the role of family, carers and advocates in providing vital information to staff and in helping to make prudent decisions about care. There was no training in 2009 when Paul died.

We attended a Board meeting of Swansea Bay University Health Board where we were given reassurance that steps would be carried out to stop a reoccurrence of what happened to Paul, the chief executive said he felt shock and shame on the publication of the ombudsman report.

In May 2013 the inquest into Paul’s death took place and confirmed that Paul died from natural causes contributed to by neglect. We feel that this verdict gave a strong platform to promote the necessary changes in the care of adults with learning disabilities in secondary care.

Next we met with Leslie Griffiths, Health Minister and Professor Jean White, Chief Medical Officer who said “a care bundle for people with learning disabilities was going to be developed in light of Paul’s case”. The health minister also gave £20,000 to MENCAP to carry out training sessions across Wales.

We were asked to join a task and finish group in 2011 and worked with them on a Pathway for people with learning difficulties. The group is made up of a wide variety of people, from Dentists to Psychiatrists, nurses, care workers and volunteers.

This Pathway Care Bundle was launched by the then Health Minister Mark Drakeford in January 2014 via the 1000 Lives Campaign and has been implemented across all Health Boards in Wales.  We have seen cases where the hospital experience of people with learning disabilities has been a positive one due to the Pathway being followed.  We believe that if the Pathway was being used when Paul was alive, the outcome would have been very different

The Paul Ridd Foundation has developed and progressed in many other areas beyond this date.  Please click below to read more… 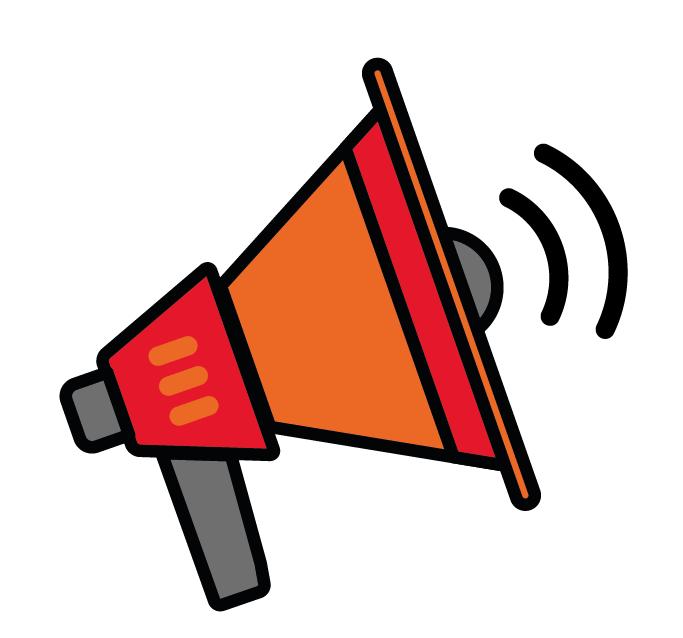 Paul was born with the cord around his neck resulting in lack of oxygen to his brain, he was let down by the health service at both ends of his life.

Paul gave us so much as a family, we were blessed to have him, and we can’t bring him back but hope that his death will create some good. This Pathway Care Bundle will be a tremendous legacy in his name. We hope that the whole NHS will embrace and implement the Care Bundle and won’t allow this to happen again, we don’t want another family to suffer as we have.

We ask you to please see the person not the disability.

We as a family will continue to support the pathway to a point that it becomes part of mandatory training for medical staff, as we believe this is the key to create the necessary change to the way vulnerable people are treated.

See the person,
not the disability... 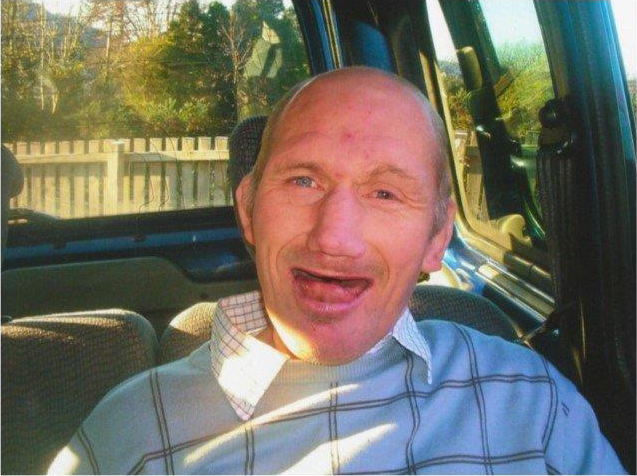 Text AWARENESS to 70480 to donate £5. Texts cost £5 plus one standard rate message

We use cookies on our website to give you the most relevant experience by remembering your preferences and repeat visits. By clicking “Accept”, you consent to the use of ALL the cookies.
Cookie settingsACCEPT
Manage consent

This website uses cookies to improve your experience while you navigate through the website. Out of these, the cookies that are categorized as necessary are stored on your browser as they are essential for the working of basic functionalities of the website. We also use third-party cookies that help us analyze and understand how you use this website. These cookies will be stored in your browser only with your consent. You also have the option to opt-out of these cookies. But opting out of some of these cookies may affect your browsing experience.
Necessary Always Enabled

Any cookies that may not be particularly necessary for the website to function and is used specifically to collect user personal data via analytics, ads, other embedded contents are termed as non-necessary cookies. It is mandatory to procure user consent prior to running these cookies on our website.